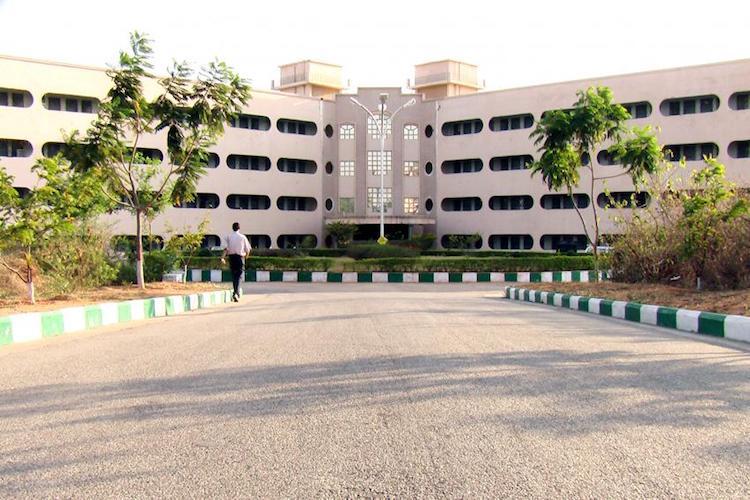 Joining the ranks of cricket in big data consumption are other sports too, like football, tennis and badminton. The Guardian in 2015 had stated that tennis analytics is still stuck in the dark ages. Attempting to prove this wrong is world-class research from IIIT-Hyderabad’s Centre for Visual Information Technology (CVIT) in the areas of racquet sports like tennis and badminton. In fact, the next time you witness some on-court action between India’s badminton stars, such as that seen during the recently concluded National Championship, chances are you’ll owe the sophisticated analytics to IIIT-H’s efforts.

Designed as a catalyst to drive innovation and create commercially viable products, IIIT-H’s Product Labs has been working closely with the research centres located on campus. Explaining how research finds its way into the market, Prakash Yalla, head of the Technology Transfer Office and Product Labs says, “We picked sports analytics as our first business case. Application of computer vision in sports is an upcoming area. Under Prof. CV Jawahar, CVIT has already conducted enough research on various sports. We zeroed in on badminton because not only had a fairly deep amount of work been done, but there is an excellent badminton ecosystem in the city of Hyderabad.” When the Product Labs conducted an extensive market study, it found a three-fold application of the technology. One, as an aid for coaches in sporting academies. Two, an application in the broadcasting space. And a third use case where such heavy-duty analytics would come in handy for planning and strategising of professional players who would like to profile their opponents.

While audience engagement has always remained the goal of television broadcasting, the nature and methods used in engagement have undergone an evolution over the years. From action replays, to slow-motion replays, from stump cameras (in the case of cricket) and mics revealing various angles, to technologies like hawk-eye that show how the ball or shuttlecock is moving, the broadcasting space has come of age. “Anything that can help the commentator and in turn catch viewers’ attention is of great interest to broadcasters,” affirms Prakash. Hence when Star Sports approached IIIT-H to collaborate on badminton analytics, the institute accepted to perform a pilot study during the Premier Badminton League match.

What technology was used and what it does

When CVIT first began its foray into sports analytics, it started with the sport that grips the nation’s imagination – cricket. According to Prof. Jawahar, “ Our initial attempts looked at how large cricket videos can be made searchable. We later expanded our efforts and worked on soccer, moving on to racquet games.” Research from this lab has always been newsworthy. Productization of badminton analytics was based on a research paper authored by students of CVIT, Anurag Ghosh and Suriya Singh, under Prof. Jawahar’s guidance. Titled “Towards Structured Analysis of Broadcast Badminton Videos”, the paper proposed a method to analyse a large corpus of badminton broadcast videos by segmenting the points played, tracking and recognising the players in each point and annotating their respective badminton strokes. Explaining it simplistically, Prakash says that the algorithms can identify when a rally has started, or ended, and who won the rally (player identification). It provides segmentation of the shots played (backhand, forehand, smash) thereby revealing the style of the player. By generating heat maps based on how fast the player(s) moves on court, one can also deduce the dominant player.

Predictably, Star Sports is now keen on exploring possibilities of expanding the pilot study to a larger scenario. One of them looks beyond badminton to other sports. “Sports startups is an unaddressed space in our country. And they would like to kickstart startups in this (sports) space. Our lab has a lot to offer the broadcasting industry from that point of view. In fact, after the success of the pilot, thanks to the visibility, we’ve had multiple requests from former students who wish to be involved in setting up sports-analytics-based startups! Therein lies an entrepreneurial opportunity for anyone who can build a business around this,” muses Prakash.

Acknowledging the role played by Product Labs, Prof. Jawahar says,” Without a formal engagement, we went ahead and conducted a satisfactory pilot. The collaboration with Star Sports itself is an interesting one and we look forward to putting cutting edge technology to real use. Working on data around you is one thing and providing satisfactory results based on it is another thing. We did both.”