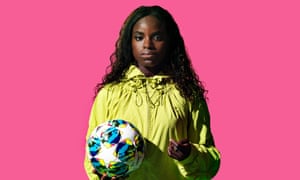 Who knows how many books will be written about the extraordinary sporting year of 2019? Four English football clubs made European finals. Megan Rapinoe of the US and South Africa’s Siya Kolisi inspired their national football and rugby union teams to respective World Cup wins. The Cricket World Cup final was so nail-biting even its tiebreaker was tied.

But great sports books tend to be reflective not reactive and this year the titles that make the best reads are a surprisingly off-piste bunch. It might seem counter-intuitive, after 12 months of end-to-end excitement, to pick up a book on the art of pigeon racing, or a travelogue that meanders gently around Flanders trying to understand its peculiar passion for cycling over cobbles.

That doesn’t mean you shouldn’t. So, just for fun, let’s start with the book mostly likely to make a sporting purist splurt their half-time beer out of their nose. Homing (John Murray) is a memoir that follows Jon Day’s almost accidental foray into the world of “the fancy” – pigeon racing – and is far less concerned with competition than with the concept of home.

Whether tossing pigeons into the air in a far-flung location then rushing home and waiting hours (or days) for their return counts as a sport is moot. Day took it up in the early stages of fatherhood, as he struggled to settle into family life in an alien suburb. Like his birds, his writing ranges freely, from the minutiae of the training regime in his east London loft to the wider skies of evolutionary biology and human history, always returning – elegantly, intelligently, masterfully – to its theme.

Another title that puts language to the fore is Duncan Hamilton’s biography of Neville Cardus, The Great Romantic (Hodder & Stoughton). Sportswriting on sportswriting may seem a bit meta, but this is a wonderfully languorous piece of time travel back to the so-called golden age of cricket. The combination of the two men’s prose – Hamilton quotes from Cardus’s work and diaries at length – takes us from the 1920s, when the self-educated Manchester lad began to observe and capture the game, to his later double life as music and sports critic. Cardus immortalised many of cricket’s characters with his invention of modern sportswriting. His own life was complex, and Hamilton uncovers many secrets and contradictions.

If sportswriting is undergoing an even greater change in the 21st century it is surely thanks to our increasing understanding of – and empathy for – the pressures faced by the sportspeople we expect so much of. Three of this year’s player biographies demonstrate that in very different ways. Robin Smith, for instance, was a hero to many a 90s cricket fan for his courage against the deadliest of fast bowling. In The Judge (Yellow Jersey), a red-blooded memoir told with unexpected sensitivity, we discover this was a purely on-field persona, and that the end of his career fractured his personality in a way that almost caused him to kill himself.

They Don’t Teach This (Yellow Jersey), meanwhile, perfectly sums up striker Eniola Aluko’s struggles against her former employers at the FA, in a painful battle for the truth that culminated in a parliamentary hearing and the sacking of England women’s coach Mark Sampson. And Raymond Arsenault’s Arthur Ashe: A Life(Simon & Schuster), published in the US last year and now available in the UK, is a fitting tribute not just to a pioneering tennis player but to one of sport’s greatest civil rights activists.

Some biographies are meant for pure entertainment. Touring-car driver Jason Plato will never have the name recognition of Lewis Hamilton, but How Not to Be a Professional Racing Driver (Michael Joseph) is so much fun that whether you know him or his particular brand of motorsport doesn’t really matter. This is the autobiography of a scallywag who inherited the joyriding genes of his father and translated them into a racing career. His journey from outrageous teenage hijinks to the rough-and-tumble of driver feuding tends to prompt involuntary reading noises, be they barks of laughter or gasps at his audacity.

With equal good humour, the ever amiable Harry Pearson invites us to accompany him on a tour of Flanders inThe Beast, the Emperor and the Milkman (Bloomsbury). The title refers to the nicknames of three famous Flemish cyclists (Roger de Vlaeminck, Rik van Looy and Frans Verbeeck) although Pearson introduces us to many more on his rain-soaked travels. Their stories illuminate the landscape and history of this little understood pocket of Europe, where true derring-do is the ability to withstand great suffering, either in the saddle or out of it.

The latest book by the Guardian’s Donald McRae weaves the narratives of a group of boxers in Northern Ireland during the Troubles. Gerry Storey, the self-effacing hero at the centre of In Sunshine Or in Shadow (Simon & Schuster), is a dock-worker and boxing trainer whose club bridged the loyalist-republican divide even in the deadliest days of violence. Years of interviews and research have informed McRae’s account of Storey’s extraordinary courage, and those of the fighters he reared: men such as Charlie Nash, who lost his brother on Bloody Sunday; Davy Larmour, whose father was horrifically injured by an IRA bomb; and world-champion-to-be Barry McGuigan. The result is as uplifting as it is heartbreaking.