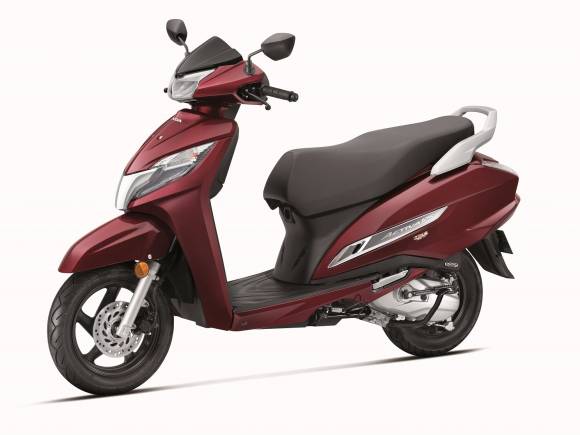 Prices of motorcycles, scooters and mopeds will see an increase in November as manufacturers look to release Bharat Stage VI (BS-VI) variants into the market.

Two-wheelers strapped with BS-VI compliant engines are expected to see a 10-15 percent price rise, translating in a minimum increase of around Rs 4,000 on a 100cc bike costing Rs 40,000 (ex-showroom Mumbai). More expensive models will see a higher increase.

While the official date of switching to BS-VI mandated by the Supreme Court is April 1, 2020, manufacturers have to ensure that they get rid of all BS-IV grade stocks by March 31, 2020.

Some manufacturers like Honda and TVS Motor Company have begun production of a few BS-VI models, while others like Bajaj Auto and Hero MotoCorp will follow suit shortly.

KN Radhakrishnan, President & CEO, TVS Motor Company, said, “We have already started (production of) some models with BS-VI engines. Billing will start next month. Post-Diwali, we want to release BS-VI products into the market.”

TVS, which sells 19 two-wheelers models including variants, has not revealed any details of the quantum of the hike expected on its products, stating that it will be known closer to the launches. “Price and cost management will be known closer to the rollout of the stocks. By early November we will start producing BS-VI vehicles. By last quarter of this fiscal, it will be completely BS-VI supplies, so that actively remove BS-IV stocks. With respect to stocks, we want to maintain the same at five weeks,” he added.

Speaking to mediapersons after unveiling the electric Chetak, Bajaj Auto’s Managing Director Rajiv Bajaj said the process of switching to BS-VI production will happen from November and will continue till the last quarter of FY20. “If a GST cut in envisaged, then it would be opportune for the industry to implement it during the switchover to BS-VI to negate the price hike,” he stated.

“From next month, we will start with the process of changeover (to BS-VI), it will go right up to February or so. When we are making three million vehicles (domestic), they cannot be converted in to (BS-VI in) two or three weeks. As each variant goes to market, we will have to raise prices as BS-VI technology is expensive. That is why we have made a pitch from the beginning that reduction in GST should be considered in conjunction with BS-VI implementation as the auto industry is already facing some pretty strong headwinds. If we have to pass on all of the BS-VI cost to the customer, I am very sure this will have a very detrimental effect on demand,” he explained.

In September, Honda became the first two-wheeler company in India to launch a BS-VI compliant product in the form of the Activa 125. The model, which was already Honda’s most expensive scooter on sale in India, is 10-14 percent more expensive than the BS-IV version.

India’s largest two-wheeler maker Hero MotoCorp showcased the Splendor iSmart 110 motorcycle with a BS-VI engine a few months ago. However, the company is yet to commercially launch it.

Despite a reduction in production by all manufacturers in recent months, inventory with dealers continue to remain high. As against the normal 35-40 days, the two-wheeler segment has been running an inventory of 60-65 days. “Two-wheeler inventory, despite factoring in the coming festive season demand, continues to be remain high and is a big cause for concern,” said a statement from the Federation of Automobile Dealers Association.