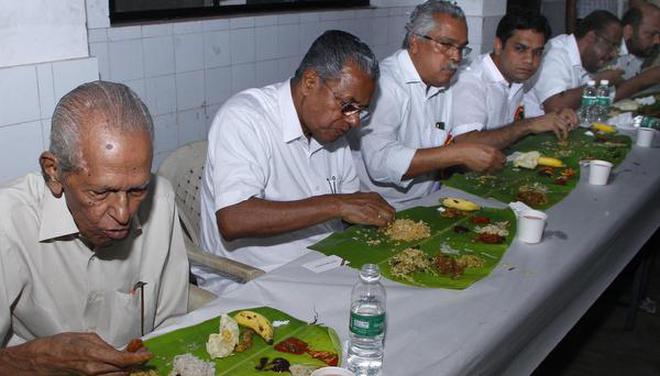 There are forces today that are trying to take society back to the days when caste biases and intolerance dominated it, Chief Minister Pinarayi Vijayan said here on Tuesday.

He said occasions such as the centenary celebration of ‘Misrabhojanam’ (inter-caste sharing of food against caste discrimination) should strengthen society’s resolve to fight these forces. He was inaugurating the year-long centenary celebrations of ‘Misrabhojanam’ organised by the Sree Narayana Sahodara Sangham at the Ernakulam Town Hall. He said even people who should uphold the teachings of Sree Narayana Guru had sided with retrograde forces that were trying to take society back to the old days. Mr. Vijayan warned that efforts by these forces should not be seen as ignorable developments. “Misrabhojanam, like the 1917 Soviet Revolution, brought far-reaching changes to society. Kerala as a society has been able to uphold the values that were highlighted by Misrabhojanam while in some other societies which saw social reforms, the ideals of reforms did not survive for too long,” he said. The CM launched the website of the Sree Narayana Sahodara Sangham.