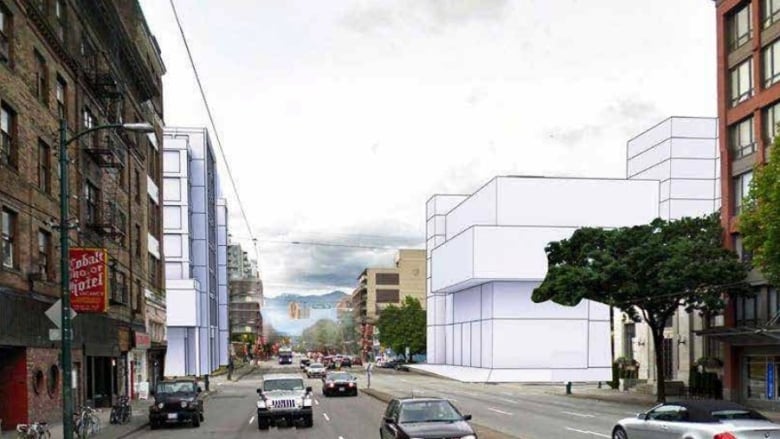 The proposed site of the Cultural Centre on the 898 Main Street block meant for the city’s Black community. As plans are being finalized, the city and province are hoping to use the site for temporary modular housing. (Hogan’s Alley Society)

As the city moves ahead with plans to tear down the Georgia Street viaduct and and redevelop the Northeast False Creek area, Vancouver’s Black community is playing an important part of the revitalization process.

The area the viaducts occupy has significant historic significance to the city’s Black community. The area —  centred between Prior and Union and Main and Jackson — was known as Hogan’s Alley.

Starting in the 1920s, it was a cultural hub for Vancouver’s Black community, anchored by local businesses and the African Methodist Episcopal Fountain Chapel.

In the late 1960s, the neighbourhood’s buildings were torn down for the development of an interurban freeway. The freeway was later dropped, but not until after the construction of the Georgia Street viaduct. 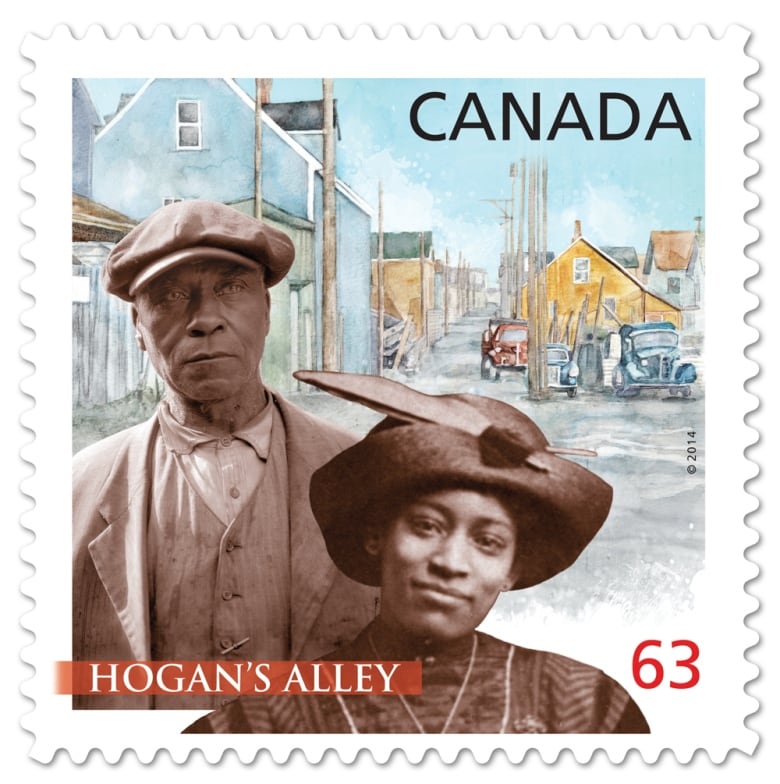 In this commemorative stamp, Canada Post describes Hogan’s Alley as a “vibrant destination for food and jazz through the 1960s.” (Canada Post)

June Francis, the co-chair of the Hogan’s Alley Society, says the viaduct represents “a monument to our oppression.”

The destruction of the once-vibrant community hub has lingering repercussions.

“When you come to Vancouver, people often say ‘where is the black community?’ We’re fragmented and it’s hard for us to create the kind of presence we say could really benefit the city.” 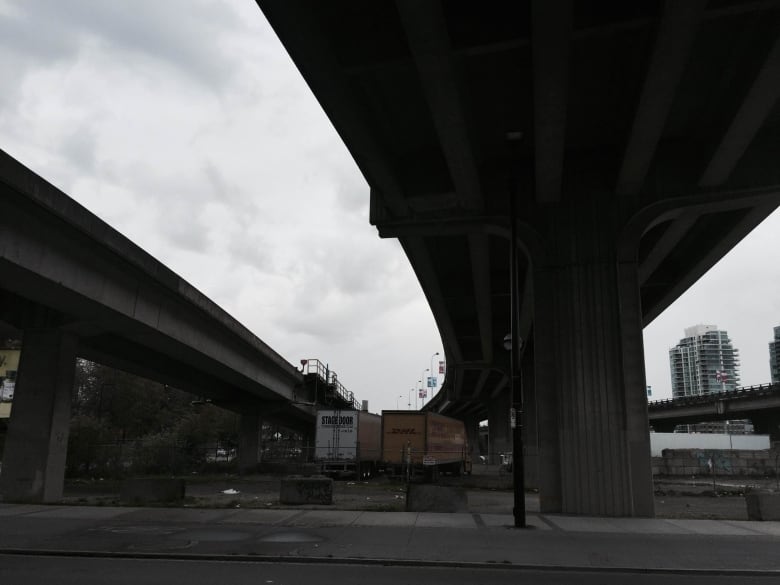 The Georgia Street viaduct was built to be part of a interurban freeway project that was eventually cancelled. ( Margaret Gallagher/CBC)

In part to acknowledge the historic neighbourhood, the city’s current revitalization plans call for a community centre at 898 Main Street dedicated to the city’s Black community.

In the meantime, while development plans on the community centre are finalized, the city and province are working with the Hogan’s Alley Society to build a temporary modular housing project to occupy the space in the interim.

Vancouver’s very first modular home project was this one at 220 Terminal Avenue. The city has been using the structures to house the growing number of people experiencing homelessness. (City of Vancouver)

Francis says the organization is “delighted” to work on this project.

Black people are overrepresented in the homelessness count, Francis said.  She says there are a number of reasons why: racial discrimination in accessing housing, overcriminalization of Black Canadians that leads to distrust of service providers, and racial discrimination within shelters or other services.

Then, she says, there is a sense of marginalization within these spaces.

“These places tend to be constructed for a specific group in mind. Usually they come from a Eurocentric point of view,” Francis said.

In light of this, Francis says her group is working with the city and province to make the proposed temporary modular housing project culturally sensitive and relevant.

They are hoping to do this by focusing on special programming — like cooking classes — and design aspects “to create a sense of belonging.”

“We believe … the changes we’re making and the kind of community support we’re getting from our entire community will serve as a model for other temporary housing projects.”