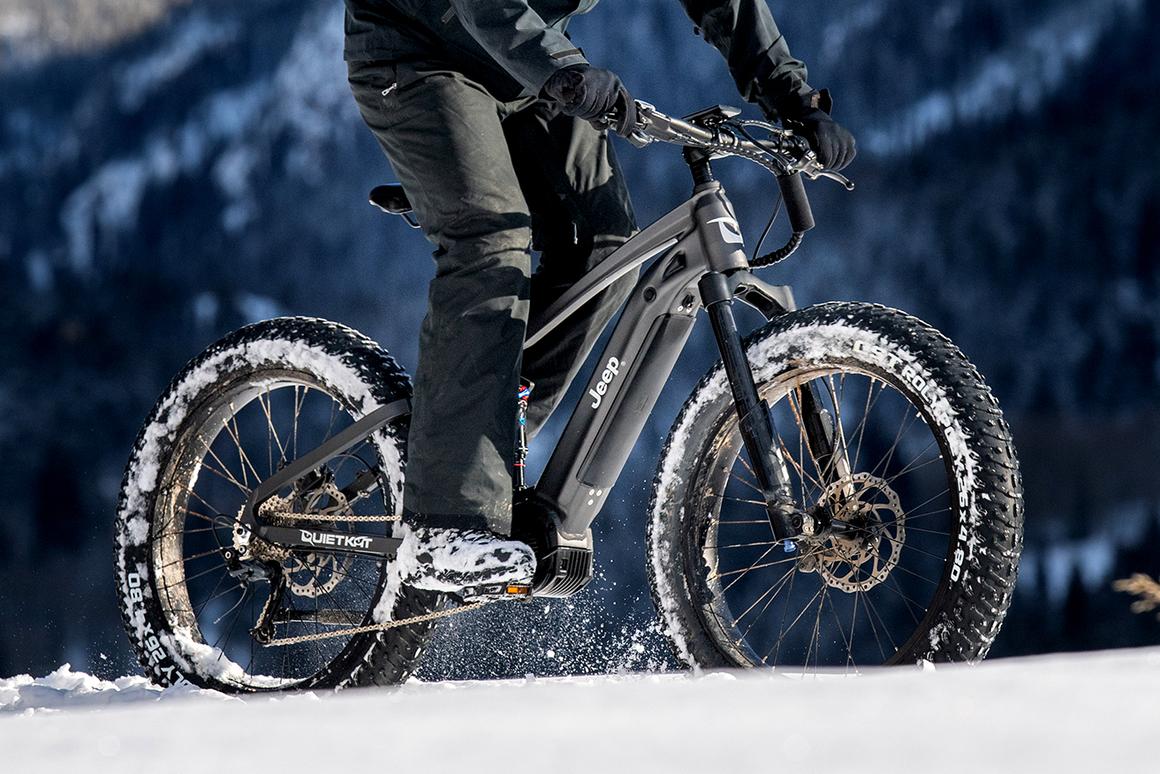 The Jeep e-bike powered by QuietKat is due for release in June, 2020
Jeep

Bill Murray resurrected his role in Groundhog Day for Jeep’s 2020 Super Bowl commercial, which also featured the 2020 Jeep Gladiator and an upcoming e-bike from the iconic auto brand.

We got to drive a 2020 Gladiator pickup last year, and had about as much fun as Bill Murray appears to be having in the Super Bowl ad. But at around the 40-second mark in the video below, there’s a quick flash of a mystery fat-tired e-bike. Few details have emerged since, but here’s what we do know.

The e-bike is being made in collaboration with Colorado’s QuietKat, Inc. In fact, it looks very much like QuietKat’s Fat Tire Ridgerunner model, but where the battery unit sits atop the downtube on that model, the Jeep e-bike’s battery looks to be fully integrated and drops out from the bottom like the S-Electro 29 Sport from Silverback. Range per charge is given as up to 40 miles (64 km).

Jeep says that the upcoming e-bike will be the “most capable off-road electric mountain bike there is.” It features a 750-watt mid-drive electric motor, rides on 4.8-in CST Roly Poly fat tires, and smooths out the bumps courtesy of something called Fire-Link suspension. If that’s the same as on the Ridgerunner, it translates to 150 mm of travel from the RST Air front fork suspension and Rockshox four bar linkage suspension to the rear.

Elsewhere are disc brakes and a chain drive. And that’s about it. More information will appear in the run up to the Jeep e-bike becoming available from June. Pricing hasn’t yet been revealed but similar QuietKat models are going for around US$5-6k – and that’s a lot of money in today’s e-bike marketplace.