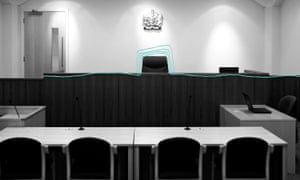 The age of criminal responsibility for children has been a subject of debate for a generation, and I suspect the answer to why it is so low compared with our European neighbours is that we are a uniquely punitive society (Government urged to raise age of criminal responsibility above 10, 5 November). We obviously have a deep-seated belief in punishment, particularly the use of imprisonment. The murder by young children of James Bulger still resonates today, and no government has the courage to take on the popular press. Fortunately the use of custody for children has declined in recent years, but for adults the opposite is true.

Despite incontrovertible evidence that prison conditions are atrocious, dehumanising and guaranteed not to rehabilitate, we appear to want more people imprisoned for longer. The popular desire to punish children as if they were fully formed little adults is so deep-rooted that I despair of any change despite the overwhelming case for reform.
David Simpson
(Retired youth court judge), Datchet, Berkshire

• As a former chair of the Law Society’s criminal law committee, I am proud of my professional body’s work on the ills of long-delayed decisions over the prosecution or otherwise of suspects (Concerns over number of children released under investigation, 5 November). This is especially the case with those so young that their plight also reinforces the powerful argument for raising the criminal age of responsibility. For adults a delay of several months or even years may seem like the blinking of an eye, but such delays can mar young people for life, with key developmental stages put disastrously on hold. Cuts to funding throughout the criminal justice system are the key suspect. That funding must be restored.
Malcolm Fowler
(Retired solicitor, and member of the West Midlands police and crime commissioner’s ethics committee), Birmingham