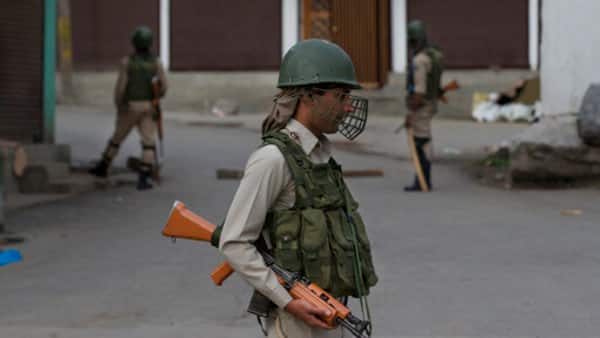 Renowned British medical journal The Lancet is facing backlash for its editorial on Kashmir, where it described India’s move on the Valley as controversial and raised concerns about health, security and freedom of people in the region.

“The militant presence raises serious concerns for the health, safety, and freedoms of the Kashmiri people,” it said.

“Prime Minister Narendra Modi vows that his decision to revoke autonomy will bring prosperity to Kashmir. But first, the people of Kashmir need healing from the deep wounds of this decades-old conflict, not subjugation to further violence and alienation,” The Lancet has written in an editorial, drawing criticism on social media.

People lashed out at The Lancet in large numbers on social media platforms, specially twitter with many claiming that the journal should stick to medical issues only. “Lancet entering full time politics! Have you lost it?? You have certainly lost respect in India with this bizzare editorial,” said Dr Ambrish Mithal.

“If they have minimal respect about India and Indians this must be withdrawn immediately. Otherwise, let’s boycott and withdraw subscription of Lancet journals from all the library across India. Indian media must take note of this,” said another one Dr Awadhesh Kumar Singh.

In its editorial titled “Fear and uncertainty around Kashmir’s future” Lancet mentioned that the “protracted exposure” to violence has led to a formidable “mental health crisis” in Kashmir. To back it up, the journal went on to state a study by Médecins Sans Frontières, in two rural districts affected by conflict which found that nearly half of Kashmiris “rarely felt safe” and of those who had lost a family member to violence, one in five had witnessed the “death firsthand”. “Therefore, it is unsurprising that people in the region have increased anxiety, depression, and post-traumatic stress disorder,” it further explained.

The editorial also cited a report by the UN High Commissioner for Human Rights, published last month, stating that gross human rights violations by state security forces and armed groups have occurred, including cross-border firings, sexual violence, enforced disappearances, and acts of terrorism. The report emphasised continued use of excessive force against civilians — for example, the use of pellet-firing shotguns has led to 1,253 people being blinded between 2016 and 2018.

As per the editorial dated August 17, “Last week in a controversial move, India revoked the autonomous status of Jammu and Kashmir, allowing India greater authority over the state’s affairs. The announcement fanned tension with Pakistan, which also claims the region and has fought India over it for more than seven decades. At least 28 000 Indian security forces have been deployed; in the capital city Srinagar, a lockdown has been implemented that suspended communication and internet links, and a strict curfew has been imposed. The militant presence raises serious concerns for the health, safety, and freedoms of the Kashmiri people.”

The editorial also mentions the fact that despite decades of instability, developmental indicators in Kashmir are better than the rest of India. In 2016, life expectancy was 68·3 years for men and 71·8 years for women, which are greater than the respective national averages.