Aitor Karanka has been sacked as Middlesbrough head coach.

The struggling Teesside club – second-bottom of the Premier League and without a Premier League win in 2017 – confirmed his departure just 72 hours before they face Manchester United on Sunday.

Sky Sports News HQ understands the original intention was to give Karanka the United game to try and get points on the board but chairman Steve Gibson decided to take action more swiftly.

Manchester Utd v Rostov
REQUESTABET SPECIALS 33/1 TO 66/1
Money Back as a Free Bet If You Lose – 1:30 Every Day at Cheltenham

The decision was made on Wednesday and, after taking training, Karanka’s fate was sealed in an amicable meeting with the club’s hierarchy.

Karanka’s job became untenable after a bust-up with Stewart Downing on the training ground last week – proving to be the last in a string of such incidents during his near-four-year stint at the Riverside.

Karanka, who led Boro to promotion from the Championship last season, had also been publicly critical of the club and its supporters over recent months.

In January, the 43-year-old let his frustration over a lack of new signings in the winter transfer window be known, and he subsequently blamed the Boro fans for making his team play long-ball football during a home defeat to West Ham.

Boro have only won four games all season – the most recent a 3-0 win over Swansea in December. They have also beaten Hull, Bournemouth and Sunderland and lost 13 of their 22 games. 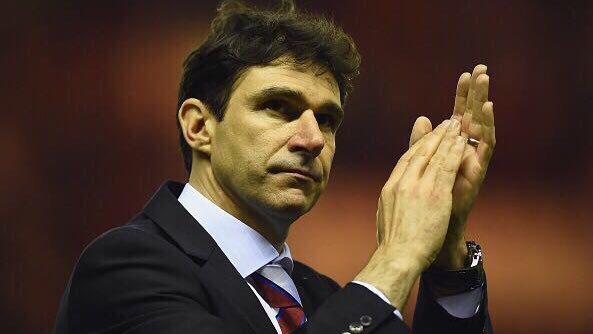 In a statement released by the club, Karanka said: “I’d like to thank Middlesbrough for a wonderful opportunity and the players, staff and all the people at the club who I have worked with. I’d also like to thank the fans for their support.

“This club will always hold a special place for me and I wish everyone connected with Middlesbrough Football Club the very best for the future.”