Bollywood actor Shahid Kapoor, who was last seen in Shree Narayan Singh’s Batti Gul Meter Chalu, recently treated himself with a new bike. Check out the photo below. 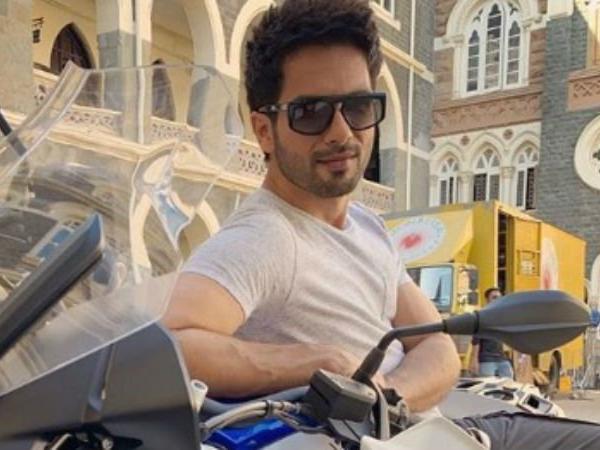 2018 has been an amazing year for Bollywood actor Shahid Kapoor as both his films, Padmaavat and Batti Gul Meter Chalu garnered him a lot of praise. The star is presently working on Sandeep Vanga’s upcoming directorial, Kabir Singh. Recently, Shahid took to social media and treated fans with a new photo of himself in which he is seen flaunting his new bike.

In the picture which was shared by the 38-year-old on his Instagram, he is seen posing on his brand new BMW R 1250 GS Adventure which comes with a price tag of Rs 18.25 lakh.

Shahid, who is a crazy bike-lover, also owns several other luxury bikes, including a Ducati Scrambler 1200, a Harley-Davidson Fatboy and a Yamaha MT 01. Check out the actor’s latest upload below.

On the movie front, Shahid will be next seen sharing the screen space with Kiara Advani in Kabir Singh. The film is the official remake of Telugu hit, Arjun Reddy. It is woven around the story of an alcoholic surgeon with anger management issues and will hit the screens on June 21.

On the love front, the actor has been hogging the limelight ever since he tied the knot with Mira Rajput. The power couple, who have become goals for many, are doting parents to two adorable kids. In 2016, Shahid and Mira were blessed with a baby girl whom they named Misha Kapoor and last year the duo welcomed their baby boy, Zain Kapoor.

Stay tuned to this space for more updates!