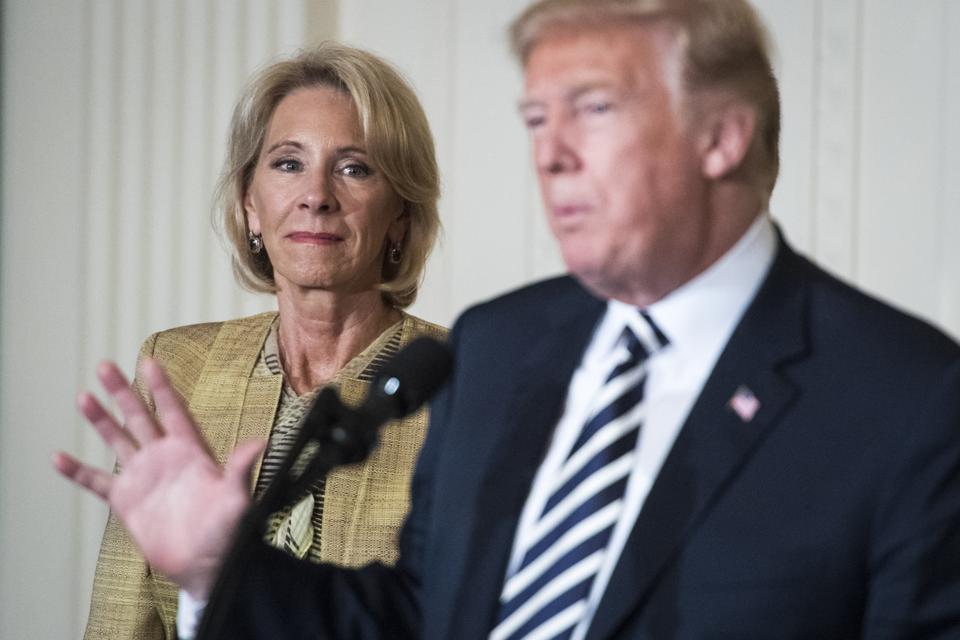 Each year, President Trump has proposed a new budget with cuts to programs at the Department of Education. This year is no different as his new proposal shows. In addition to cuts to other areas like Medicaid and food stamps, Trump has proposed nearly an 8% cut to education, though it seems he avoided the blowback received last year from proposing cuts to Special Olympics.

Among the cuts are the cancellation of $3.9 billion from the Pell Grant Surplus, a fund meant to protect the grant from fluctuations in need, like when many more people enroll than expected. With some predicting a recession, this can be a dangerous move as more people enroll in college in times of recession and many students’ families are in worse financial standing.

Trump also calls for eliminating subsidized student loans, loans where the federal government covers the interest while a student is enrolled in college. Trump’s budget also calls for elimination the Public Service Loan Forgiveness program, as he has done in previous years. As stories have continued to pour in about people being denied forgiveness, it is likely this move will also cause criticism of the administration.

Outside of cuts, Trump’s budget calls for other changes in federal student aid. It streamlines student loan repayment going forward by creating just one income-driven repayment plan. It would allow incarcerated students to receive Pell Grants, a move that would make it easier for incarcerated people to transition once they are released. He also calls for expanding Pell Grants to extremely short programs (Pell Grants can already be used for programs as short as 15 weeks). Trump would also create a risk-sharing program for federal student loans.

House Budget Chairman John Yarmuth (D-KY) criticized the deep cuts. “Judging by initial reports, this destructive and irrational President is giving us a destructive and irrational budget,” Yarmuth said in a statement. Of course, Congress with have the final say as they are the ones who will draft the budget, though he could veto whatever they pass.